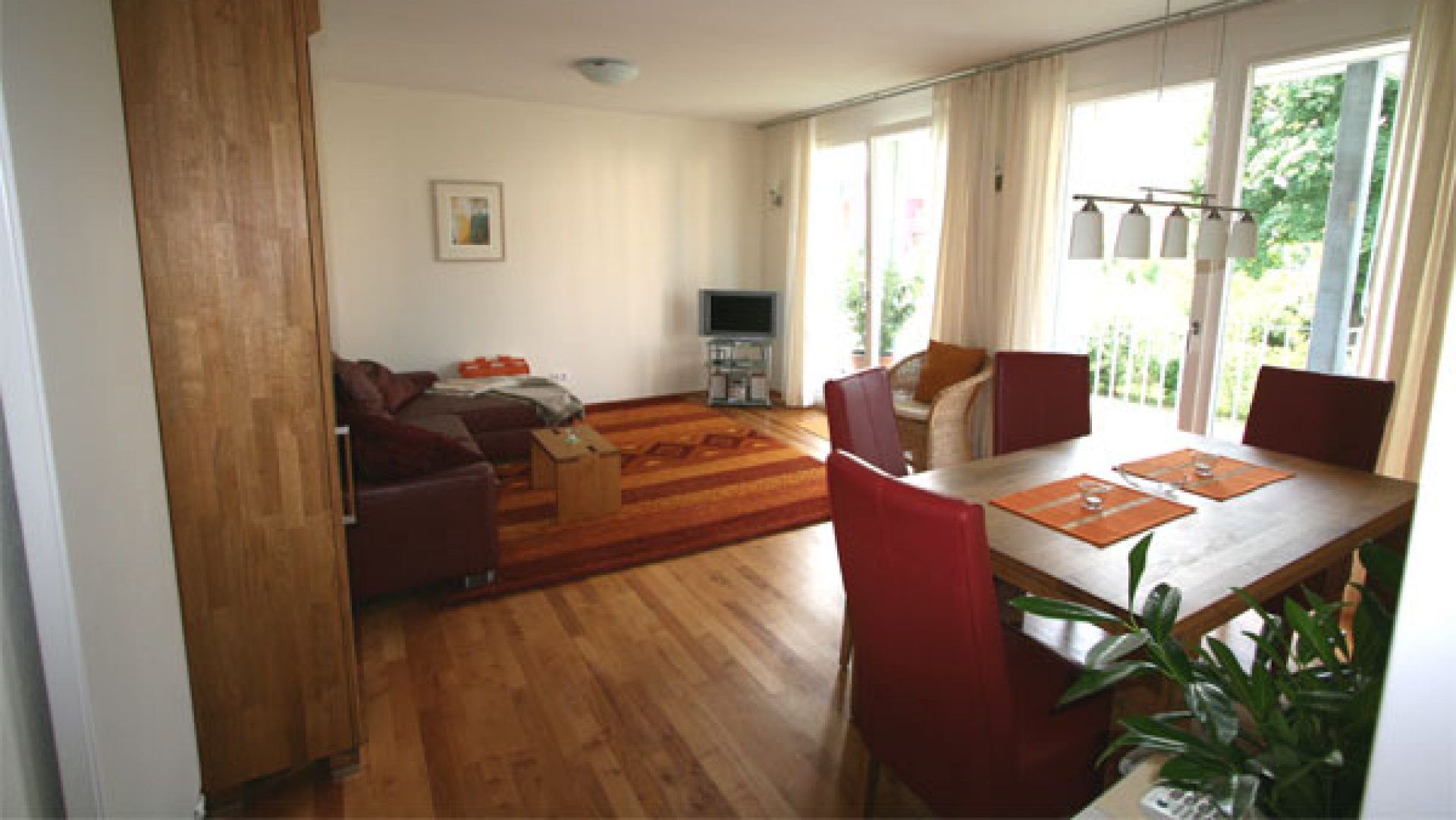 get off at the stop Vauban – Mitte
Continue on the Vaubanallee in the direction the tram is going, after a few meters there is a small park/playground on the right.
The path through the park leads you to the back of the house on Paul-Klee Str. 8, which is situated on the left end of the park. (100m)
1. floor in the middle left is the apartment „Vauban-Mitte“
1. floor in the middle right „Vauban-Familie“

From the south on the A5
—- exit Freiburg-Süd, direction Freiburg
—- after 2-3 km follow the sign Freiburg-Stadtmitte
—- after the Freiburg sign-post take the first road right in front of the shopping-complex named Bauhaus, Wiesentalstr., direction Merzhausen
—- at the first big crossing proceed straight on
—- pass under the railway bridge, then take the first street on the right, Clara-Immerwahr Str.
—- take the first right on Lise-Meitner-Str.
—-and the second left on Paul-Klee Str., last house on the right no. 8

From the Black Forest – Höllental B31

—-When in Freiburg hold on to the direction of Colmar/Lörrach along the river Dreisam, this will lead you across the river to the west.
—- about 300m after the bridge is a big junction, turn left towards Merzhausen/Vauban, Merzhauser Str.
—- after having passed under a railway bridge and a gas station, turn right at the second street, Wiesentalstr.
—- turn left at the second street, Clara-Immerwahr-Str.
—- take the first right at Lise-Meitner-Str.
—- second street on the left Paul-Klee Str., last house on the right no. 8

Caution: Do not try to get to Paul-Klee Str. from the Vaubanallee.

Because there are only bike or footpath connections.
Because our quarter has a car free concept, there are only a few parking spaces available.
For our apartments we have a parking space reserved in the near by garage.
(2 Euro a day)
.
For loading and unloading your are welcome to park in front of the house. Otherwise the car should be parked in the garage or outside the car free zone.

On www.stadtplandienst.de you can see and print a sitemap. )